The winner of the Pillsbury Honey Butter Biscuit prize pack is Jo.

The TOS Homeschool Crew is setting sail on a new adventure – the BLOG CRUISE.

The Blog Cruise is a new carnival about homeschooling that is being hosted on the Crew blog, and Facebook fan page. Each week will have a new topic/question and Crew members will answer the questions on their blogs. The new topic will be posted each Tuesday.

This week’s topic was:

Keyboarding for the Christian School reminds me of my word processing class in high school. The touch-typing lessons are quick & simple, with lots of drillwork. Lessons are made to be printed out and placed by the computer to learn the necessary skill of transferring information from paper to a computer.

You can view sample lessons HERE.

Keyboarding for the Christian School, Elementary Version, offers keyboarding basics for grades K-5. Both versions use Bible verses in the practice exercises.

My kids like the flashiness of the free online typing programs like Dance Mat Typing, but those have only taught them letter placement and speed. Christian Keyboarding offers effective and practical lessons for real life. I think it is important for my kids to learn these skills before heading out into the “real world”.

Value: This is a very effective program for very little money.

See what my TOS Crew Mates have to say about Christian Keyboarding!

I received these programs free for the purpose of writing this review. No other compensation was given. 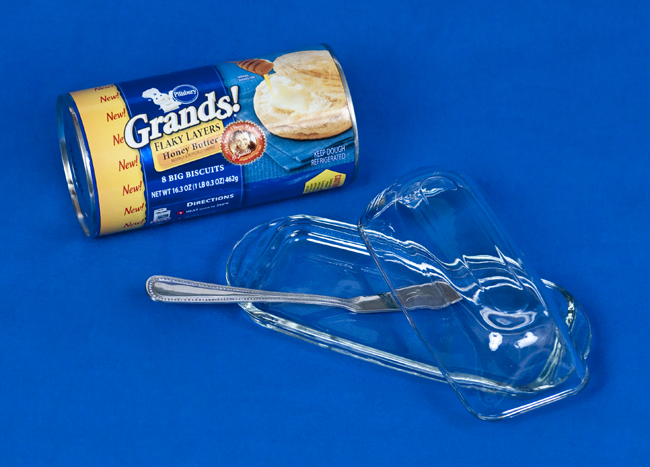 Giveaway is closed – winner will be announced Saturday!

We recently received a Honey Butter Biscuit prize pack through My Blog Spark, courtesy of Pillsbury. We really like these biscuits! They are buttery and sweet, and we didn’t find it necessary to add anything to them. The flaky layers are fun to pull apart and eat one by one.

Pillsbury wants to send one of you a Honey Butter Biscuit prize pack! You will receive 2 coupons for free cans of biscuits, a glass butter dish, and a butter knife.

Want to enter? Leave a comment telling me your favorite thing to eat on biscuits.

That’s it! I won’t make you jump through hoops, write a jingle for Pillsbury, or follow my blog (although I would love it if you did!).

I got this in an email & thought it was worth passing along.

Be Cautious About Giving Info to      Census Workers

With the U.S. Census process beginning, the Better Business Bureau (BBB) advises people to be cooperative, but cautious, so as not to become a victim of fraud or identity theft. The first phase of the 2010 U.S. Census is under way as workers have begun verifying the addresses of households across the country. Eventually, more than 140,000 U.S. Census workers will count every person in the United States and will gather information about every person living at each address including name, age, gender, race, and other relevant data.

The big question is – how do you tell the difference between a U.S. Census worker and a con artist? BBB offers the following advice:

If a U.S. Census worker knocks on your door, they will have a badge, a handheld device, a Census Bureau canvas bag, and a confidentiality notice. Ask to see their identification and their badge before answering their questions. However, you should never invite anyone you don’t know into your home.

Census workers are currently only knocking on doors to verify address information. Do not give your Social Security number, credit card or banking information to anyone, even if they claim they need it for the U.S. Census.

REMEMBER, NO MATTER WHAT THEY ASK, YOU ONLY NEED TO TELL THEM HOW MANY PEOPLE LIVE AT YOUR ADDRESS.

AND REMEMBER, THE CENSUS BUREAU HAS DECIDED NOT TO WORK WITH ACORN ON GATHERING THIS INFORMATION… No Acorn worker should approach you saying he/she is with the Census Bureau.

Eventually, Census workers may contact you by telephone, mail, or in person at home. However, the Census Bureau will not contact you by Email, so be on the lookout for Email scams impersonating the Census.

Never click on a link or open any attachments in an Email that are supposedly from the U.S. Census Bureau.

© Amy's Wandering, 2006-2021. Unauthorized use and/or duplication of this material without express and written permission from this blog’s author and owner is strictly prohibited. Links may be used, provided that full and clear credit is given to Amy's Wandering at amyswandering.com with appropriate and specific direction to the original content.